Full-day classes that we occasionally offer at public facilities, so that individuals and small groups can access our Mastering Outages training

There are no open enrollment classes currently scheduled. To be informed of classes as they are scheduled, please join our list, or contact us to discuss scheduling a class for your organization.

Are you ready for your next outage?

You do your best to avoid problems and outages, but sometimes things go wrong.
Be prepared to respond effectively and efficiently.

Users expect uptime, all the time

Uptime is critical for your success. Whether it’s a massive web service like Google Search, or the file server in your 6-person office, if your service is unavailable, nothing else about it matters.

Mastering outages makes a difference by reducing downtime. This protects your users, your reputation, your staff, and your bottom line.

Preparation is the key to mastering outages

You prevent an emergency from becoming a crisis with a response that is quick, smooth, effective, and efficient. This enables you to reliably solve the problem with minimum fuss and disruption.

Is your organization prepared to respond effectively to outages, or do you simply react haphazardly?

Great Circle can strengthen your organization’s incident management. We can help you identify and develop the capabilities that you need.

Are you satisfied with your answers to these questions?

Outages are inevitable, but downtime is not

Learn how to reduce downtime and the impact of outages on your company, customers, and staff.

What You Will Learn

The proven incident management practices and principles taught in this class apply to all types of environments:

I was the lucky beneficiary of Brent’s work on Incident Management at Google. His leadership and direct effort resulted in nothing short of a full reformulation of this key competency of SRE. […] Through Brent’s work and training we were able to build structure and automation around this critical area of expertise, which has resulted in significant reductions in MTTR and improvements in the org’s ability to learn and grow from its service interruptions (e.g. through postmortems). 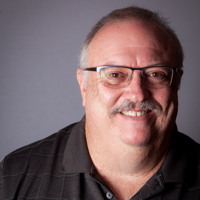 About the instructor, Brent Chapman